Ok THIS. THIS is a perfect opener for the reflexion about this topic.
Because there's a problem. More in the US but we're starting to get it.

The fact is that we're arguing about a sentence that represent an opinion.
And maybe some of us see themselves in this sentence, or it's answer.
But we shouldn't forget that we arguing about a conversation between two very EXTREME people.
Most of those who would agree with person A of course wouldn't say
"Opressor", they would probably say something like "teach em that
colored people and their parents have had to struggle in normal
day-to-day situation for a while, and we should take that in
consideration when interacting with them".
And the opposite wouldn't
say "I'm racist", most would just say "Well... I've been struggling a
lot too, and I've never been involved in racism in any way so I'm not
concerned by it".

Our problem is that our discussions are being led by assholes and morrons. 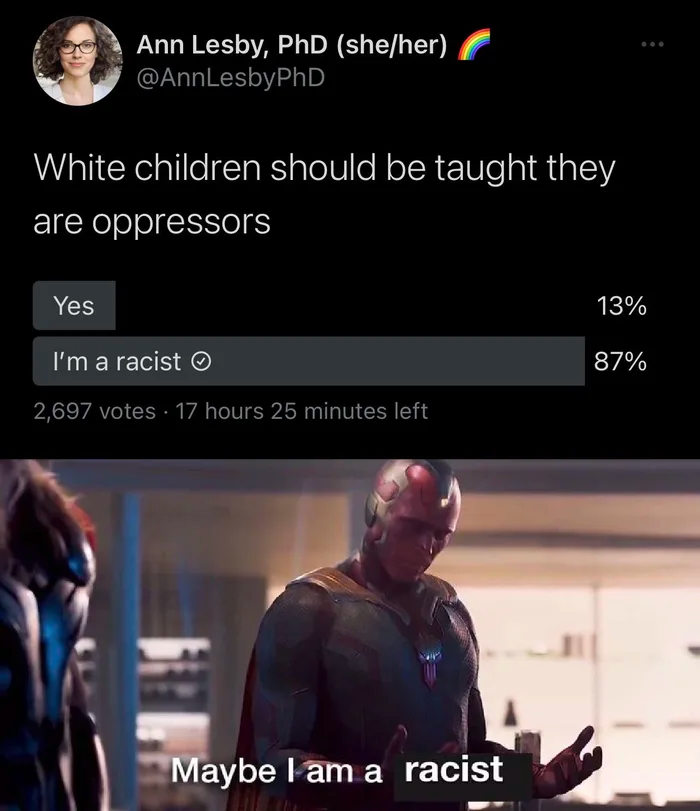