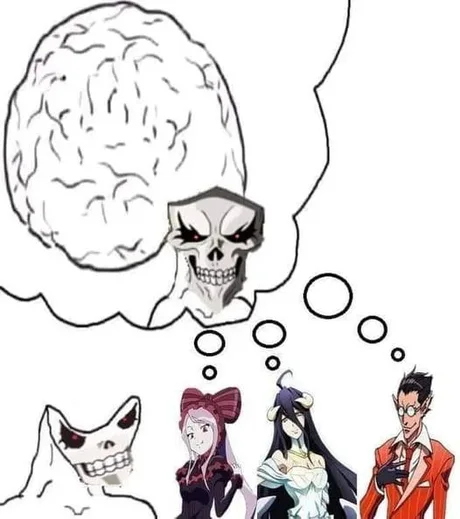 ㅤThe thoughts of Shalltear, Albedo and Demiurge, are accurate, but Ainz by no means is stupid.
He just isn't omnipotent and omniscient as his followers think. (Yes,
Demiurge and probably Albedo and Sebas as well are much smarter than
Ainz, but it still doesn't mean that he is brainless, well he might be
literally brainless because he is an undead, but you get my point.)